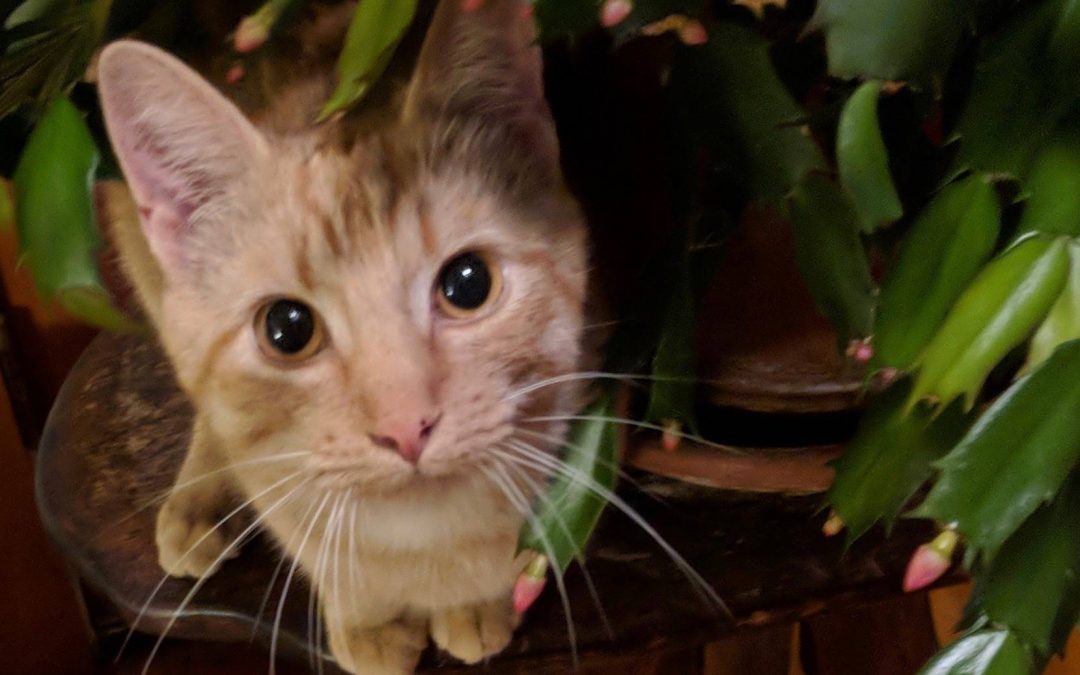 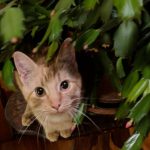 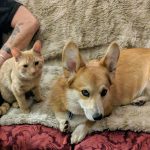 Myles originally arrived at NCAL as a transfer from an out-of-state shelter. Unlike most cats, he was social, laid-back and relaxed from the minute he stepped into the shelter. It didn’t matter who it was, he always put his best paw forward and was friendly to all. So when we heard how well he was doing after being adopted from his owner, we weren’t the least bit surprised!

“Just wanted to let you know that we are thrilled with the little guy we recently adopted from you. Myles, aka George Jetson, has fit into our little family beautifully. He’s personable and very laid back. Loves everybody, dogs included.  I’ve attached a couple of pictures (that’s his brother Seamus sharing the couch with him).