Home » About Us » Meet Our Team 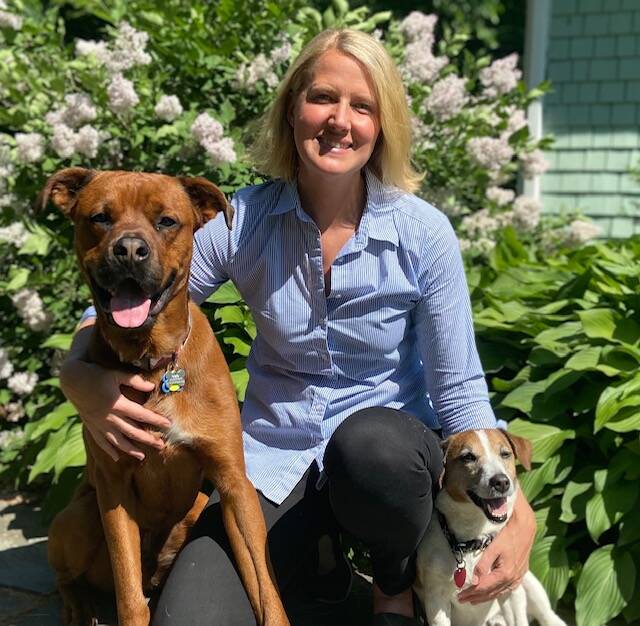 Tracy grew up in the Mad River Valley town of Waitsfield, Vermont. After graduating from the University of Vermont with a degree in Business, she moved West where she worked in public relations and publishing in Utah and Wyoming. Upon returning to Vermont, Tracy worked as a freelance grant writer, helping local nonprofits strengthen their development efforts. She has served as executive director for Hope Grows Community Farm in Hyde Park and River Arts in Morrisville. She earned her Nonprofit Management Graduate Certificate from Marlboro College and pursued graduate work in grant writing. Tracy joined NCAL as executive director in July 2016.

Growing up with many animals including dogs, cats, horses, rabbits and birds, Tracy developed a passion for rescue at an early age. Her early efforts included rescuing barn kittens, mending injured birds and squirrels, and even once helping a raccoon. She began assisting the local veterinarian at the age of ten with farm calls and surgeries. Today at NCAL, she is committed to furthering the mission dedicated to promoting responsible and compassionate relationships between humans and animals.

She lives in Stowe with her husband and two children and in her “off time” enjoys playing guitar, mountain biking, skiing, and hiking with her dogs. 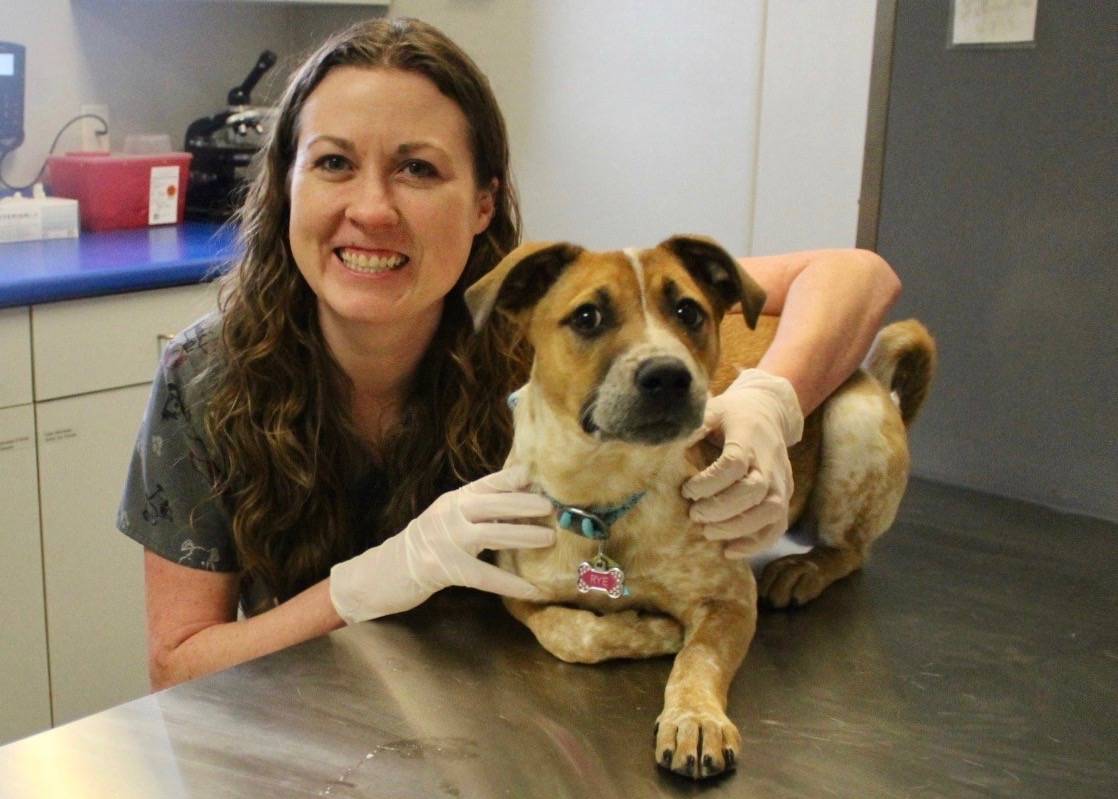 Jamie has been working with animals in a professional capacity for over a decade, ever since graduating from the University of Vermont with a degree in Animal Science in 2009. While working in a veterinary clinic, she realized her passion for helping to combat pet homelessness through the nonprofit sector, and went on to obtain a Master’s degree in Nonprofit Management from Walden University and a certification in humane education. She carries a wide diversity of experience in the animal welfare field, including private practice veterinary clinics, high-volume/high-quality spay/neuter clinics, other animal shelters and humane societies, and volunteering as a first responder and Board member for the Central Vermont Disaster Animal Response Team. She also spent two and a half years living in deep South Texas, fundraising and working to implement life-saving programs in a severely under-served city with an overwhelming pet overpopulation crisis.

Jamie lives in Woodbury with her husband on their small hobby farm of chickens and goats. Their family also includes four dogs, four cats, fish tanks, and a few reptiles (some of which were abandoned at shelters Jamie worked at!). Aside from advocating for animal rescue and always striving to learn about new advances in veterinary medicine and animal sheltering best practices, Jamie enjoys horseback riding, kayaking, gardening, snowshoeing, and hiking. 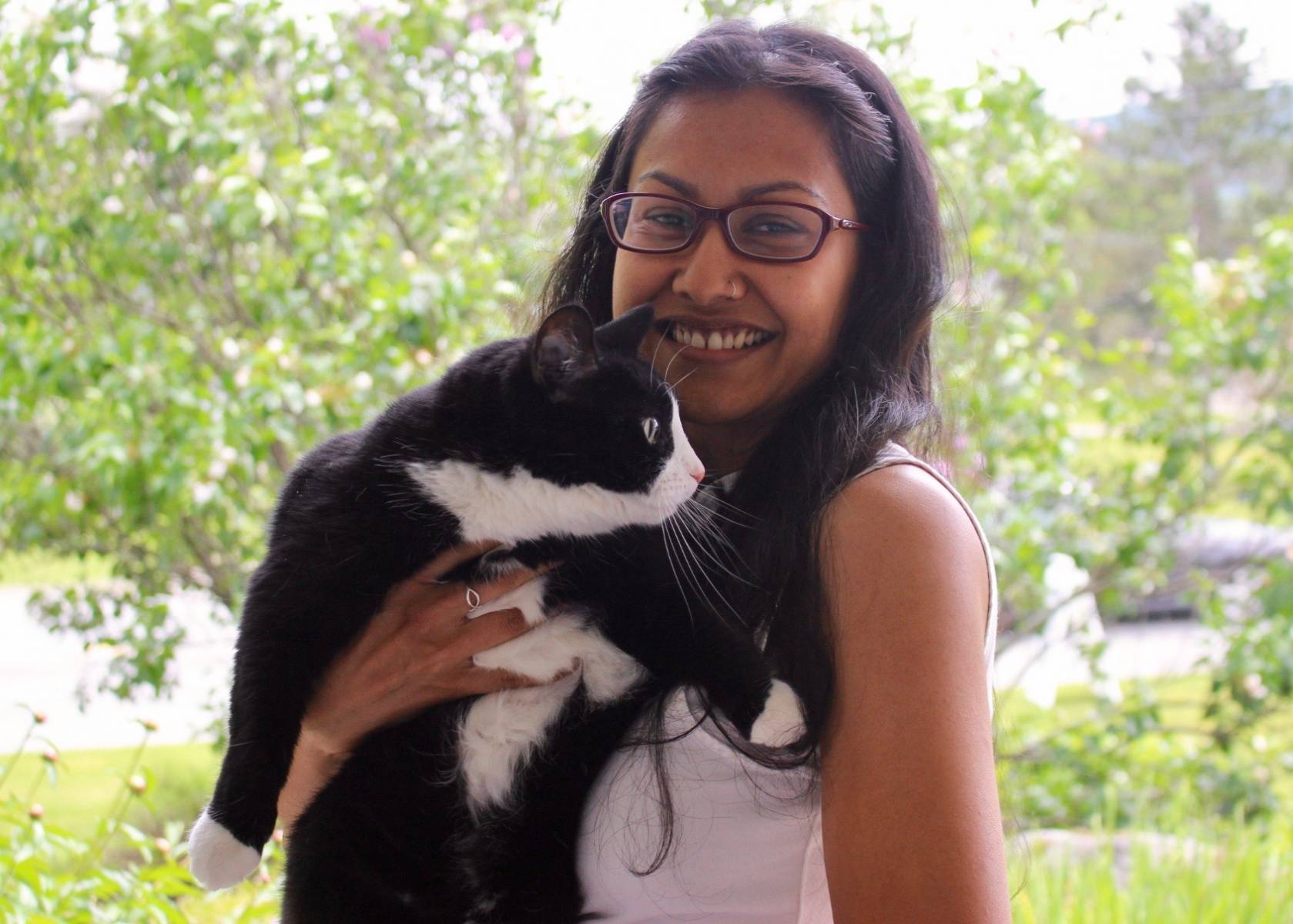 Lusana’s earliest memories include farm animals, cats, dogs, rabbits and a crane, all of whom helped her become an animal lover. After college, she worked as the E-Coordinator for the SPCA of Erie County, in Buffalo, New York. She then moved back to her home country for a few years where she volunteered as the Communications Coordinator for Obhoyaronno – Bangladesh Animal Welfare Foundation and worked at BRAC, the world’s largest NGO in its disaster management and climate change department which had programs in Bangladesh as well as multiple other countries. Work and education have also taken her to Malaysia, Singapore, Tanzania, Sierra Leone and Thailand. After getting married in 2014, she returned to Buffalo, NY and experienced working with children in alternative education settings for years before bringing that passion with her to NCAL’s Humane Education Program. She takes pride in contributing to NCAL’s mission and happily calls Vermont home now which she shares with her husband and two cats. 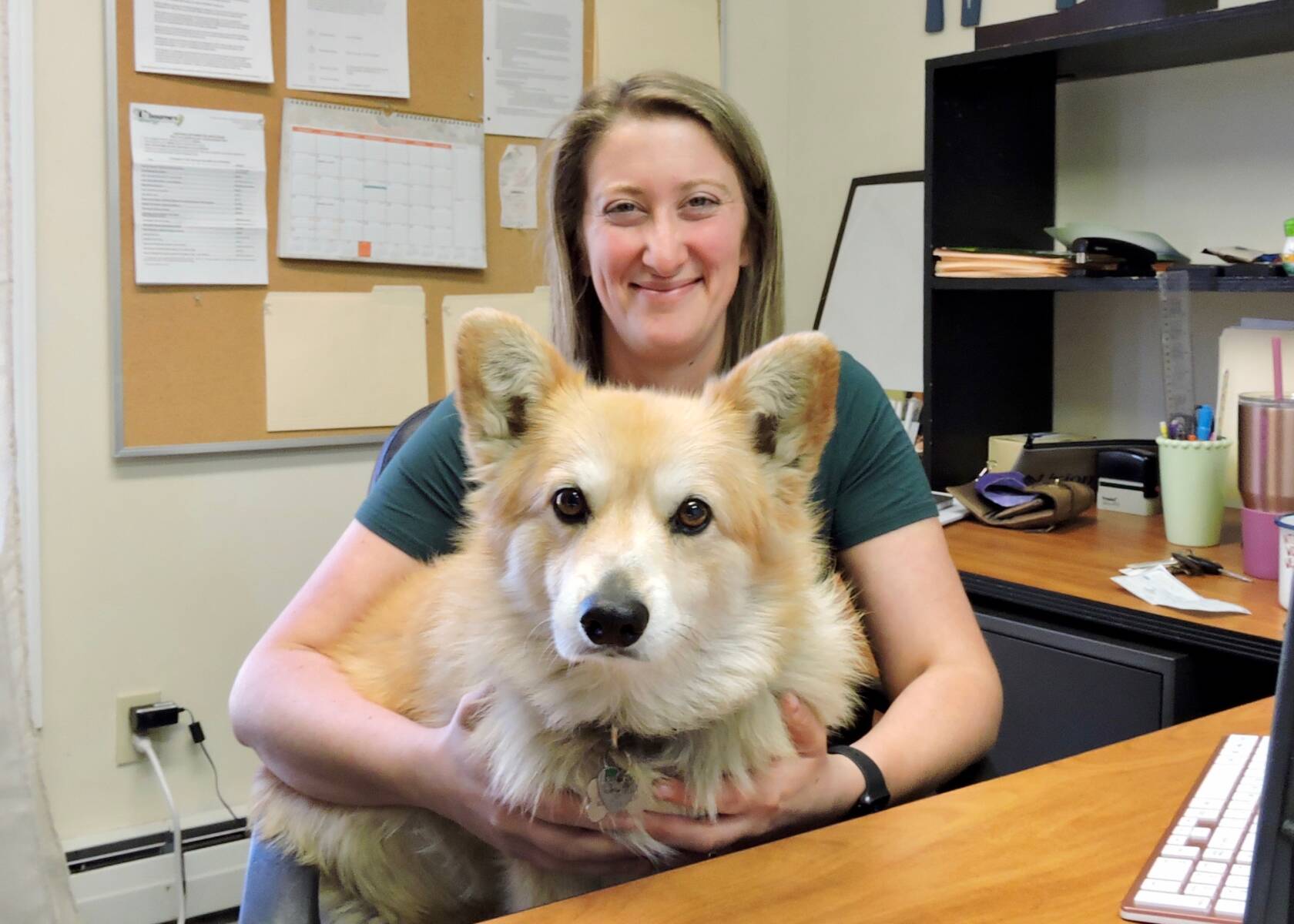 Originally from Connecticut, Rini graduated from UVM with a degree in Recreation Management. While at UVM she fell in love with the Green Mountain State and decided to call it home. Rini’s love of winter led her to work for a ski resort for several years before entering into the world of finance. Rini has always had a great affinity for animals big and small and is excited to have the opportunity to help animals in need. Rini lives in Stowe with her husband, daughter and their dog Watson. 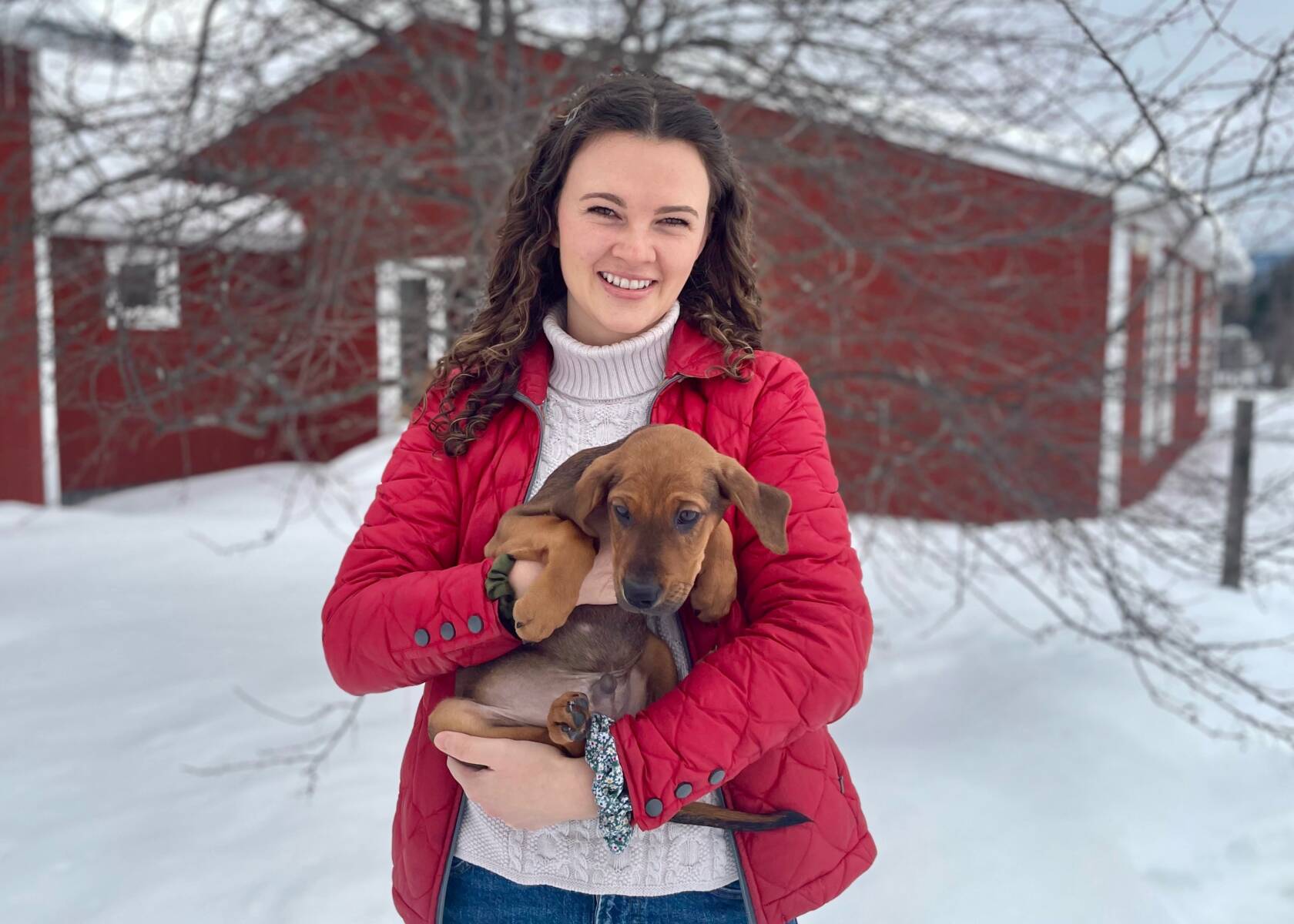 Growing up in a small New Hampshire town, Rose enjoyed spending time outdoors with her pet dogs, cats, ducks, and turkeys. Rose was raised as a vegetarian and has always been passionate about animal welfare, environmentalism, and social justice. She graduated from Keene State College in 2017 with a BA in Sociology and a minor in Environmental Studies. After college, she completed a year of community service through AmeriCorps for the City of Boston. She went on to work as the Communications and Events Manager for a Boston nonprofit, Project Place, which provides programs and services to individuals facing homelessness. Rose moved to Vermont with her partner in December 2021. She is very happy to be surrounded by nature and animals again. Rose is honored to bring her nonprofit development experience to NCAL and do her part to help the organization grow. 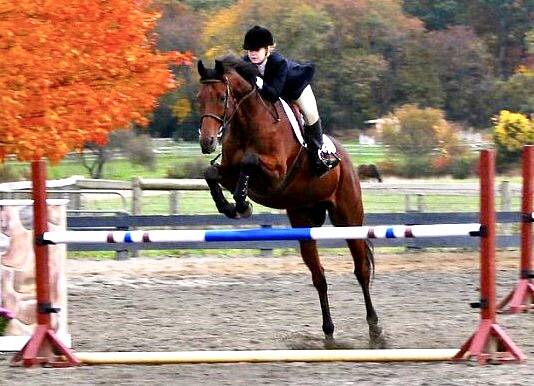 Originally from Massachusetts, Sammi graduated from the University of Vermont in 2015 with a bachelors degree in Animal Sciences with a concentration in pre-veterinary medicine. Sammi has been riding horses from the age of six, and has spent her younger years doing barn chores to pay for her riding lessons, horse leases and showing fees. Her passion for veterinary medicine lead her to work in a few small animal clinics in Vermont, where she has been a small animal veterinary technician for the past five years. Her love for horses brought her back to North Country Animal League’s equine facility where she can now bring her many experiences and knowledge to the table and do what she loves most, which is caring for horses. Sammi is currently completing a masters program in Comparative Biomedical Sciences from the University of Georgia’s graduate school with dreams of being accepted into veterinary school to become an equine vet.
Sammi lives in Jeffersonville with her boyfriend and two cats, Buggs and Parsnip. Her two horses Wylie and Red live on the property at NCAL in the equine facility. When Sammi is not at the barn you may find her out kayaking or back in her hometown of Ipswich, Massachusetts soaking up the sun at the beach. 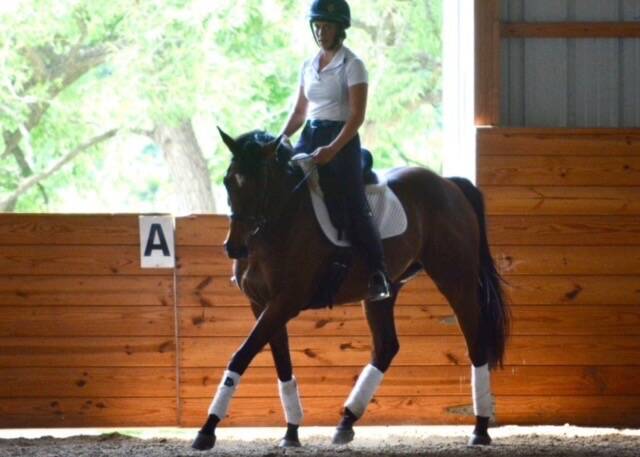 Nina graduated from UVM in fall 2021 with a Bachelor’s degree in Animal Science with Equine focus and a minor in English, after going to an agricultural high school where she got her vet tech certificate. She has been riding since she was four and got her first horse when she was 10. Nina spent her younger years as a “barn rat”, riding whoever she could in exchange for mucking stalls and helping out. Nina has had a focus in eventing in the equestrian field and was an avid Pony Clubber and got her C2 before deciding to focus on eventing. She spent a summer as a working student with Denny Emerson when she was 16 and also did a 6-month internship for international event riders, Kylie Lyman and Alexandra Knowles in Florida, Kentucky and Vermont. In addition, Nina has extensive experience in dog training and has even done some training for movies and commercials. 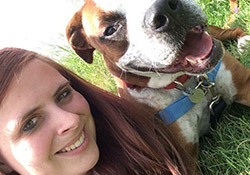 Jess began working at NCAL in 2012. From a very young age, she has had a love for animals and has always hoped to find a career that would allow her to work with them. At NCAL, she enjoys and takes pride in caring for the dogs and cats and playing a part in their second chance at life. Jess also serves as NCAL’s staff photographer, capturing the beauty in every animal and helping market each one which improves their chances at finding forever homes. 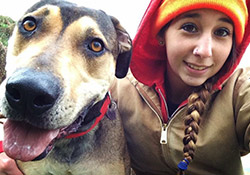 Schae has had a passion for animals her whole life. Working with cats and dogs in need is very important to her and gives purpose to her life. Her two spoiled cats, Sylvester and Wilbur, are both adoptees from NCAL and according to her, are the greatest of all cats! Schae also has an artistic side which she gets to apply to run her family business where she partners with her dad to create custom products. 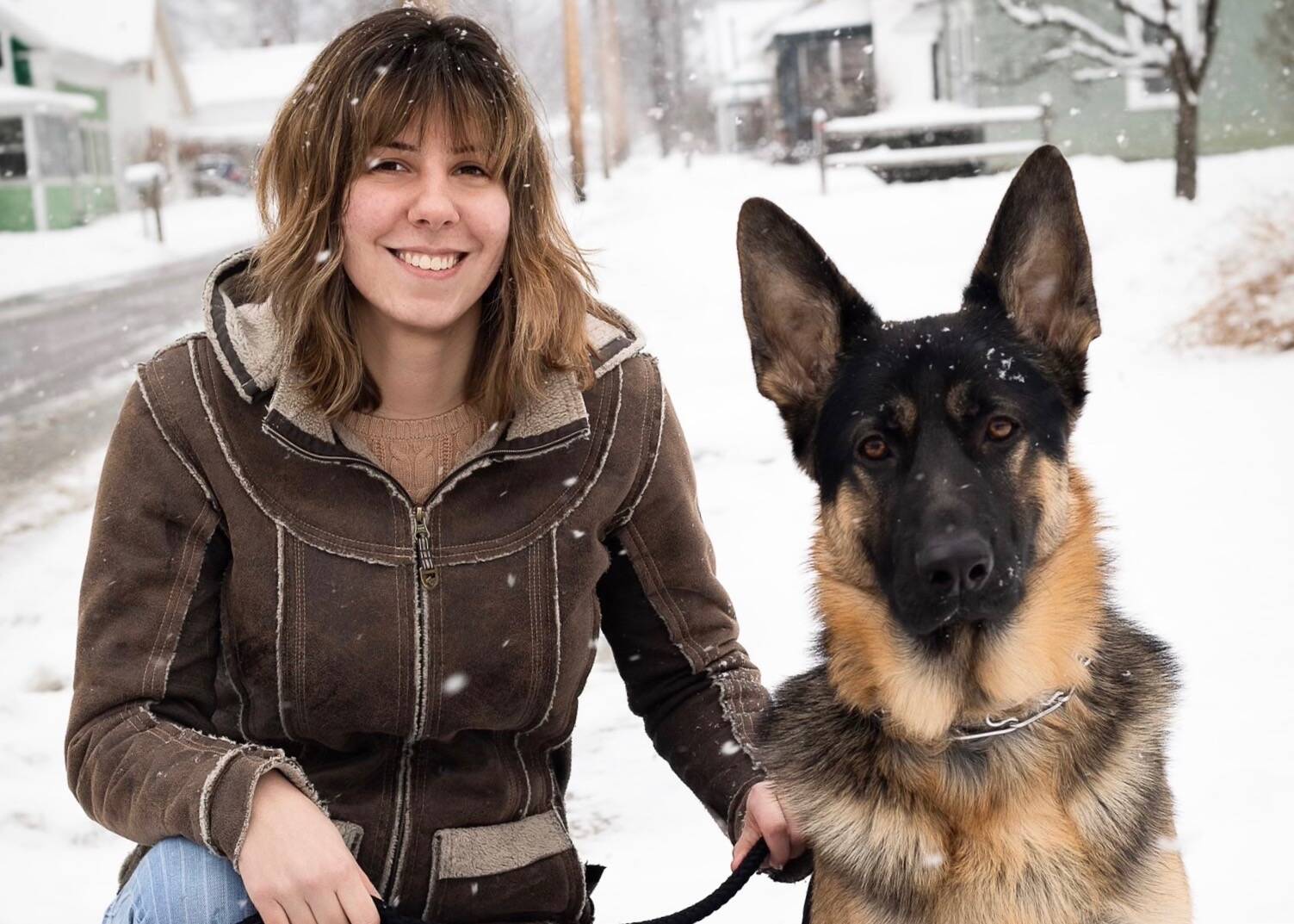 Working with animals has always been a passion for Sophia… whether working with sheep, goats, horses, dogs or cats, she loves them all. She was surrounded by animals from a young age and has always enjoyed the process of taking care of them and training them. Sophia has experience working with many different kinds of livestock as well – sheep, goats, chickens, horses and rabbits. But after working consistently with dogs for a a few years now, she loves dogs most of all, especially her own beautiful German Shepherd Cyrus. 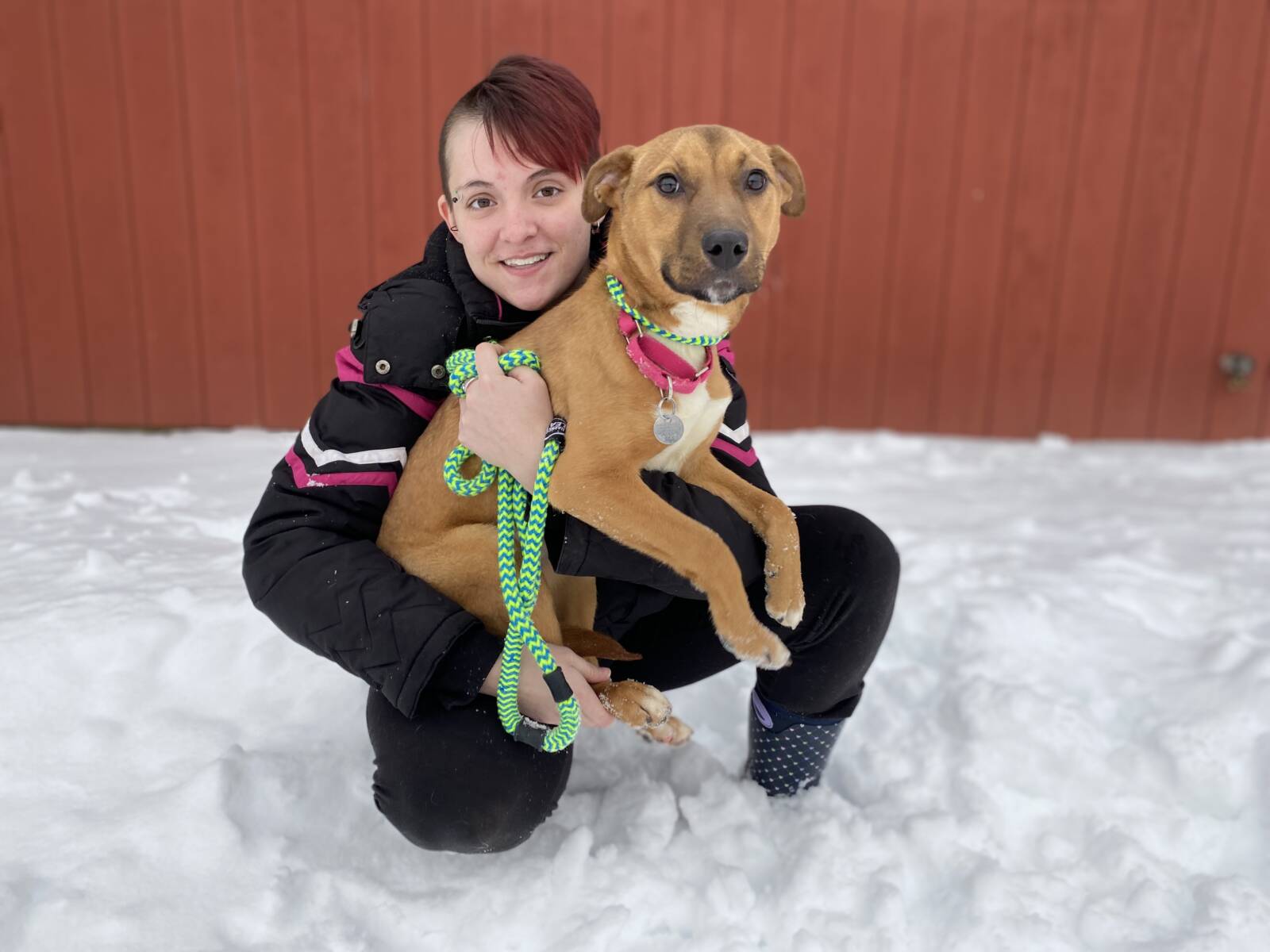 Marisa is a passionate animal lover and has grown up around them her whole life. Ever since she was a little girl, she has always wanted to pursue a career in animal welfare. Also an artist, Marisa works with lots of different mediums when she is not caring for animals at NCAL. Her cat Lucy is a rescue, and one of her two family dogs, Mabel, was adopted from NCAL. 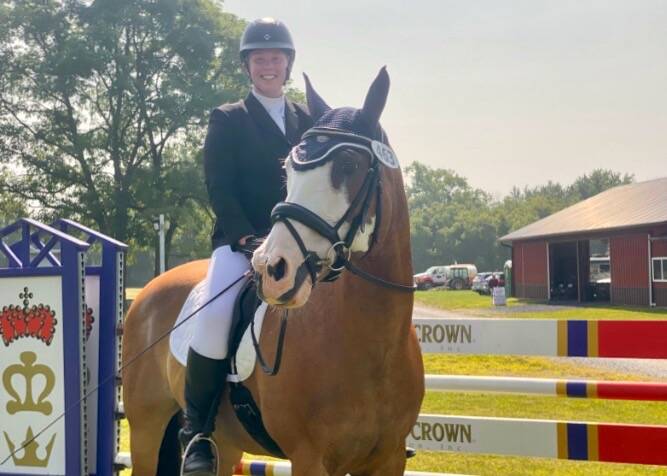 Olivia was born and raised in Vermont and has been riding horses since she was five years old. She grew up showing and competing as a member of the United States Pony Club in dressage and eventing. Throughout high school Olivia worked and trained at her local barn run by a B-Level Pony Clubber and successful FEI-Intermediate I dressage competitor. She graduated from the University of Vermont in 2020 with a Bachelor’s degree in Exercise Science and a minor in Nutrition. She was a member of the UVM Horse Barn Cooperative for four years, where she served on the executive committee, learning how to run a horse facility and work with a wide variety of horses and people. Olivia has always had a passion for horses and for working with people with disabilities. Since graduating Oliva has been working as a therapeutic riding instructor, and riding with USDF silver medalists as she brings her horse Dakota up the levels.