From Hoarding Case to a Life of Love 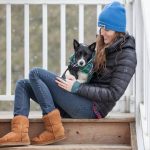 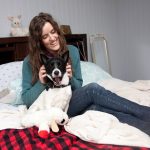 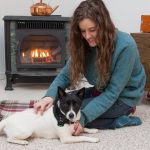 Louis was among a group of 20 dogs and puppies who were rescued from a local hoarding situation in October. All now have a much brighter future. Louis has come a long way since the timid and under-socialized boy he was when he first came to NCAL, thanks to his doting forever mom:

“It took less than a week of me fostering Louis to know this would be permanent. Coming from a hoarding situation, he was fearful of the entire world. I doubt he’d ever been outside his first home or socialized. On his first walk, he was so terrified of two women walking towards us, he would have run away had he not been on a leash. He’s come SO FAR since then – he’s now excited to meet every person he comes across! It’s actually challenging to walk down the street because he wants to stop and say hi or at least sniff the ankles of everyone we pass by! He comes to work with me and goes to doggy-daycare. He LOVES making new friends, is gentle and friendly with children, loves interacting with other dogs, and is constantly curious about his new life.”